Check Out A Few Articles Written About NOORISM!

I'm excited to share a few articles written about NOORISM this past week! Check them out below:

Published by: 06880 Where Westport Meets The World

Noor Zakka’s grandparents have been in Westport for 40 years. This town has long been a weekend getaway for her.

Three years ago she, her husband and their 2 young boys moved here full time.

The reasons — the greenery and schools — are common. But what Noor has done since arriving here is not.

An FIT graduate in fashion design, she worked in the industry in New York. But, Noor says, she sometimes felt as if she was not accomplishing anything good.

She wanted to create something beautiful — but also give back to the world.

The result is Noorism, a sustainable fashion company.

“We feel that clothes can be well-made, look amazing, be eco-friendly, and leave as little impact on the earth as possible,” Noor says.

Noor wants her products to last. She wants buyers to know exactly where, how and by whom her goods are made.

Her fabrics are sourced from orders that other companies did not use, or are upcycled from used garments. Recycled fabrics and materials are key.

For every item sold, Noorism gives $5 to Charity:Water, a non-profit that provides clean, safe drinking water to developing nations. “The fashion industry consumes a lot of water, and wastes a lot,” she explains.

They’re not cheap: $145. But, Noor says, it takes a couple of hours to turn an old pair of jeans into a sun hat.

“It is kind of a luxury product,” she admits. “But it’s special. Plus, it’s made in America.”

Read it here on the blog or leave comments

Summer in Greenwich brings out the sun hats

While growing up in Greenwich some 30 years ago, summer was a particularly favored season for sisters Tracy Morrow Bundy, Kim Laguzza and Donna Morrow, who spent their days at Tod’s Point. As they splashed around in Long Island Sound’s waters, their mother Claire would join them, but not before tucking her locks beneath her bathing cap.

“My mother was always very good about wearing a swim cap to protect her hair,” said Bundy, who lives in Dallas.

A practical way to protect that new salon ’do from damaging pool chemicals or discoloration from the sun or salt water, it wasn’t always fashionable, even if covered with bright-colored flowers or other stylish details. Still, it served as inspiration for Shore Sunhats, a line of sunhats and tote bags that the three sisters launched several years ago. It teams a water-tight liner beneath a fashionable hat, meaning one doesn’t have to choose between being practical and looking good.

The trio wanted a hat that kept their hair dry, protected expensive coloring and treatments and shaded the face and neck from the sun, but “we didn’t want it to be clunky or unflattering,” said Laguzza, who lives in New Canaan.

The trick was teaming water-resistant fabrics with stylish designs and colors, as well as the water-tight liner, said Morrow, who lives in New York City. The hats can come without a liner. They cost about $150 for adult styles and $60 for the “Buttercup,” a bucket-style hat for kids, and can purchased online (www.shoresunhats.com).

“We envisioned these hats along the lines of the (glamorous) ones we used to see during our travels to beautiful places,” she said, of the trips the sisters took with their parents, Joe and Claire Morrow, who still live in Greenwich. “It is more of a fashion piece.”

Whether floppy or fitted, wide-brimmed or short, sunhat season has arrived, offering a fashionable way to block those rays. Around Greenwich, there are several places you can find the perfect sunhat, ranging from glamorous to casual chic.

At Vineyard Vines, a clothing retailer started in 1998 by Greenwich brothers Shep and Ian Murray, each season’s line of head-toppers reflects the company’s overall aesthetic and motto that “every day should feel this good.” The materials and patterns are meant to be practical and fun at the same time, said Annie Drowne, the company’s public relations and social media coordinator.

For a company whose logo is a pink whale, it seems apt that one of the more popular sunhats is a reversible fish batik sun hat, which sells for about $70. Whatever one reaches for at the company’s store on Greenwich Avenue, cotton or straw, Downe said sunhats are often more than just a fashion accessory and often provoke a particular mood.

“Our items and our hats ... symbolize the feeling and experience you have when you’re wearing it — whether it’s being on vacation, having a day off, watching a baseball game,” she wrote in an email.

At the Jonathan Adler store on Greenwich Avenue, there are colorful straw fedoras, which have become increasingly popular over the past several years, as well as traditional, wide-brimmed floppy hats.

Westport fashion designer Noor Zakka, who recently launched her own line, NOORISM, is starting off with an “upcycled” denim hat collection. She takes used jeans to create her looks, which include the “Lara” hat and the “Audrey.”

Over the past several years, sophisticated wide-brimmed sunhats, straw fedoras, bucket hats and floppy hats have become increasingly popular. For instance, actor Reese Witherspoon’s recently launched lifestyle-brand Draper James features a woven straw boater and a wide-brimmed straw hat. Pop star Rihanna has been seen in many different bucket (or fisherman’s) hats. And several fashion houses, such as Max Mara and Burberry, featured floppy hats (for men and women) in their spring 2015 lines.

Bundy, Laguzza and Morrow said it was serendipity that their line came out in what seems to be a resurgence of hats in general. But all three suspect the allure of the sunhat will endure.

They recalled the glamorous, wide-brimmed specimens they would see on beaches close to home and those far and wide — the inspiration behind the “Caroline” and “Maggie,” two of their five styles.

“I think every woman, especially when they put on our black ‘Maggie’ floppy hat and dark glasses, feels a little bit glamorous,” Bundy said. “It’s nice to dream of being Audrey Hepburn for a little while.”

Read the Article on the CT Post.com 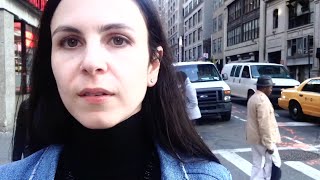 Behind The Scenes @NOORISM

THE IMPORTANCE OF A CIRCULAR ECONOMY FOR THE FUTURE OF FASHION

GIVING THANKS AND SHOPPING CONSCIOUSLY